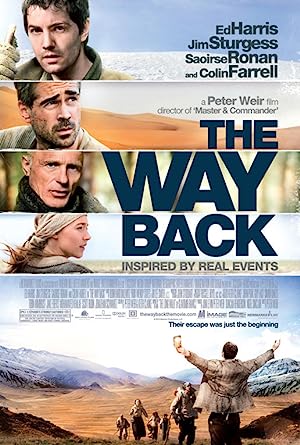 How to Watch The Way Back 2010 Online in Australia

The cast of The Way Back

What is The Way Back about?

In 1941, three men attempt to flee communist Russia, escaping a Siberian gulag. The film tells their story and that of four others who escaped with them and a teenage girl who joins them in flight. The group's natural leader is Janusz, a Pole condemned by accusations secured by torturing his wife, spent much of his youth outdoors, and knows how to live in the wild. They escape under cover of a snowstorm: a cynical American, a Russian thug, a comedic accountant, a pastry chef who draws, a priest, and a Pole with night blindness. They face freezing nights, lack of food and water, mosquitoes, an endless desert, the Himalayas, as well as many moral and ethical dilemmas throughout the journey towards freedom.

Where to watch The Way Back

The Way Back Trailer