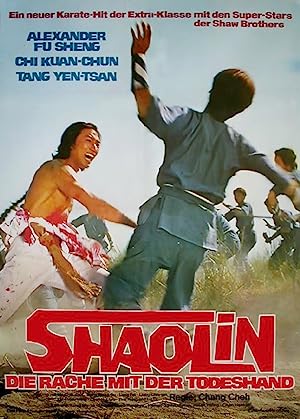 How to Watch The Shaolin Avengers 1976 Online in Australia

The cast of The Shaolin Avengers

What is The Shaolin Avengers about?

The famous story of the Shaolin Temple's betrayal by the White-Browed Hermit, and the subsequent revenge by Shaolin firebrand Fang Shih-yu, is the stuff of legend. It has been filmed many ...

Where to watch The Shaolin Avengers