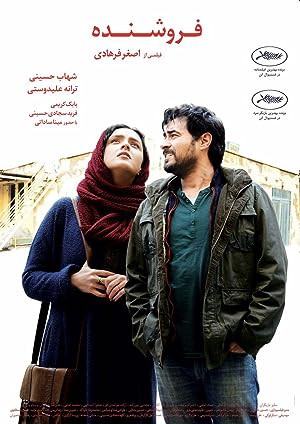 How to Watch The Salesman 2016 Online in Australia

What is The Salesman about?

Forced to leave their collapsing house, Ranaa and Emad, an Iranian couple who happen to be performers rehearsing for Arthur Miller's "Death of a Salesman" rent a new apartment from one of their fellow performers. Unaware of the fact that the previous tenant had been a woman of ill repute having many clients, they settle down. By a nasty turn of events one of the clients pays a visit to the apartment one night while Ranaa is alone at home taking a bath and the aftermath turns the peaceful life of the couple upside down.

Where to watch The Salesman

Which streaming providers can you watch The Salesman on

Here is the comprehensive list of streaming providers that will show The Salesman in Australia. If The Salesman will appear with other providers further down the line, this table will be updated.

The cast of The Salesman

The Salesman is a great Drama movie, we’ve selected several other movie options that we think you would like to stream if you have watched The Salesman

The Salesman is a great drama show, we’ve selected several other show options that we think you would like to stream if you have watched The Salesman