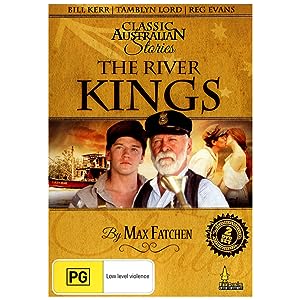 How to Watch The River Kings Online in Australia

What is The River Kings about?

Filmed on South Australia's glorious River Murray, this television mini-series is set during the 1920s and tells of the story of a runaway who escapes to the river to work on a paddle-boat steamer and his friendship with an old salt captain played by Bill Kerr. Based on an original novel by Max Fatchen.

Where to watch The River Kings

Which streaming providers can you watch The River Kings on

The cast of The River Kings

The River Kings is a great Drama movie, we’ve selected several other movie options that we think you would like to stream if you have watched The River Kings

The River Kings is a great drama show, we’ve selected several other show options that we think you would like to stream if you have watched The River Kings