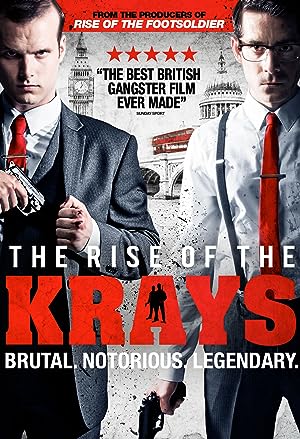 The cast of The Rise of the Krays

What is The Rise of the Krays about?

The story of Britain's most notorious gangsters, twin brothers Reggie and Ronnie Kray, as you've never experienced it- told from the perspective of one of their closest friends. Starting out as amateur boxers, and ending up as infamously brutal criminal masterminds, the Krays were the terror of London throughout the 1960s. Experience the Krays' precipitous rise and fall in this insider's take on their bloody, violent reign.

Where to watch The Rise of the Krays

The Rise of the Krays Trailer

More Crime movies like The Rise of the Krays

More Crime tv shows like The Rise of the Krays