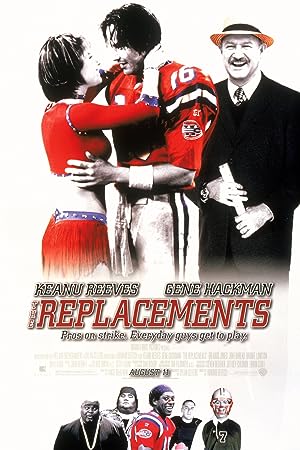 How to Watch The Replacements 2000 Online in Australia

The cast of The Replacements

What is The Replacements about?

A comedy based on the 1987 professional football players' strike. Gene Hackman plays the coach of the team, Jack Warden is the owner, Brett Cullen is the All-Pro quarterback that goes on strike and Keanu Reeves is the "scab" who replaces the star QB.

Where to watch The Replacements