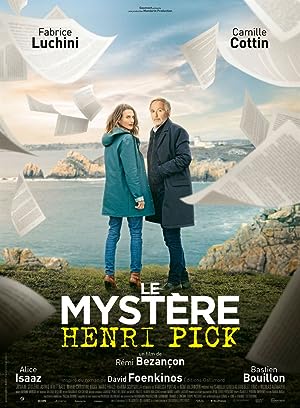 The cast of The Mystery of Henri Pick

What is The Mystery of Henri Pick about?

An editor discovers a novel that she considers to be a masterpiece, in a library whose particularity is to collect the manuscripts refused by the publishers. The text is signed Henri Pick, a Breton pizza maker who died two years earlier.

Where to watch The Mystery of Henri Pick

More Comedy movies like The Mystery of Henri Pick

More Comedy tv shows like The Mystery of Henri Pick