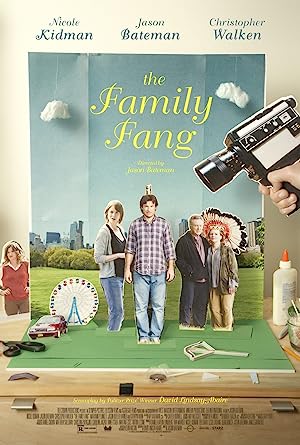 How to Watch The Family Fang 2015 Online in Australia

What is The Family Fang about?

Annie and Baxter, the adult children of the controversial husband and wife conceptual performance art couple famous for their quirky macabre public performances, have never got over the fact that their parents kept using them during their childhood in their often gory and disturbing satirical public performances. They often clash with their now elderly parents over this and blame them for their problems in their adult life. However, the two become worried when they're told by the police that their parents have gone missing during their trip outside of town. The brother considers the possibility that something horrible might have happened to them, but the sister is convinced that it's just another one of their stupid games or twisted conceptual performances. She convinces him that they should go and look for them themselves.

Where to watch The Family Fang

Which streaming providers can you watch The Family Fang on

The cast of The Family Fang

The Family Fang is a great Comedy movie, we’ve selected several other movie options that we think you would like to stream if you have watched The Family Fang

The Family Fang is a great comedy show, we’ve selected several other show options that we think you would like to stream if you have watched The Family Fang