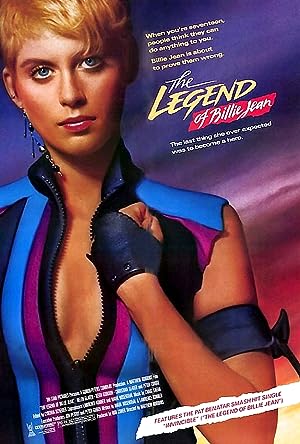 The cast of The Legend of Billie Jean

What is The Legend of Billie Jean about?

Average Texas teen, Billie Jean Davy, is caught up in an odd fight for justice. She is usually followed and harrased around by local boys, who, one day, decide to trash her brother's scooter for fun. The boys' father refuses to pay them back the price of the scooter. The fight for "fair is fair" takes the teens around the state and produces an unlikely hero.

Where to watch The Legend of Billie Jean

More Action movies like The Legend of Billie Jean

More Action tv shows like The Legend of Billie Jean