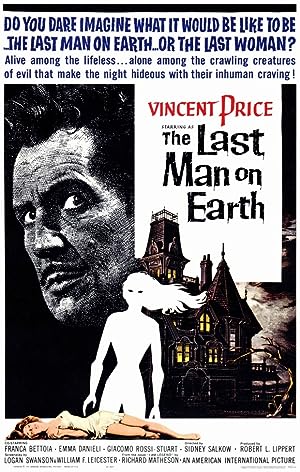 The cast of The Last Man on Earth

What is The Last Man on Earth about?

When a plague devastated life on Earth, the population died or became a sort of zombie living in the dark. Dr. Robert Morgan is the unique healthy survivor on the planet, having a routine life for his own survival: he kills the night creatures along the day and maintains the safety of his house, to be protected along the night. He misses his beloved wife and daughter, consumed by the outbreak, and he fights against his loneliness to maintain mentally sane. When Dr. Morgan finds the contaminated Ruth Collins, he uses his blood to heal her and he becomes the last hope on Earth to help the other contaminated survivors. But the order of this new society is scary.

Where to watch The Last Man on Earth

The Last Man on Earth Trailer

More Drama movies like The Last Man on Earth

More Drama tv shows like The Last Man on Earth