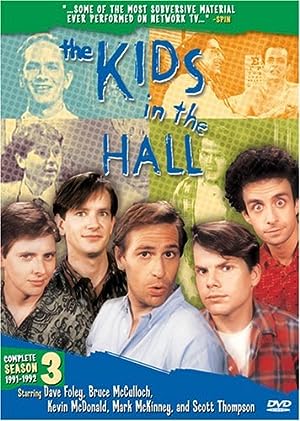 How to Watch The Kids in the Hall Online in Australia

Where to watch The Kids in the Hall

What is The Kids in the Hall about?

"The Kids in the Hall" are a sketch comedy troupe, set apart by their cross-dressing antics and seemingly infinite supply of unique characters. Although writer Paul Bellini, various extras, and sometimes even an actual woman appear in the sketches, for the most part, the five main cast members portray every single character themselves. Recurring characters range from the harried corporate executive Danny Husk to Queen Elizabeth, from alienated teen rocker Bobby Tarrance to gay bar owner Buddy Cole, from occult TV show host Simon and his sidekick Hecubus to the gossiping corporate secretaries Cathy and Kathy, and an endless parade of others.

The cast of The Kids in the Hall