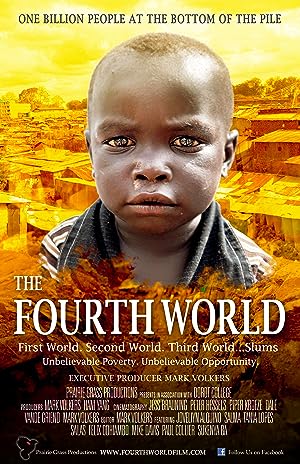 How to Watch The Fourth World 2011 Online in Australia

The cast of The Fourth World

What is The Fourth World about?

One out of every six human beings lives in a very hidden world--the world of slums. Filmed on five continents, 'The Fourth World' takes viewers deep inside this hidden world, a world the United Nations says could triple in the next 30 years. Getting past the statistics is tough. 'One Billion' is a figure we cannot wrap our minds around. This compelling film introduces viewers to the individuals who make up this statistic. It soon becomes apparent that these people are no different than anyone else. In fact, it could be argued that anyone who can survive slum life could make it anywhere. 'The Fourth World' may just change your perspective on slum life, and the chronically poor of the Developing World. The Fourth World: Hear Their Stories.

Where to watch The Fourth World