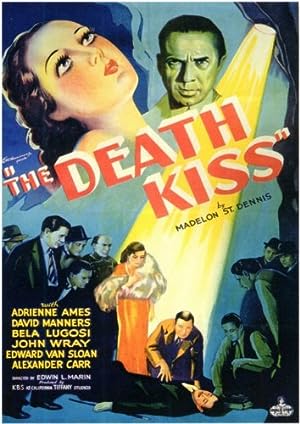 How to Watch The Death Kiss 1932 Online in Australia

What is The Death Kiss about?

While filming the closing scene of "The Death Kiss", leading man Myles Brent is actually killed. Having played around with, or been married to, most of the women connected with the movie studio, there are lots of suspects. When leading lady Marcia Lane is arrested for the killing, her suiter, a studio writer, starts to investigate the killing in order to prove her innocence.

Where to watch The Death Kiss

Which streaming providers can you watch The Death Kiss on

Here is the comprehensive list of streaming providers that will show The Death Kiss in Australia. If The Death Kiss will appear with other providers further down the line, this table will be updated.

The cast of The Death Kiss

The Death Kiss is a great Comedy movie, we’ve selected several other movie options that we think you would like to stream if you have watched The Death Kiss

The Death Kiss is a great comedy show, we’ve selected several other show options that we think you would like to stream if you have watched The Death Kiss