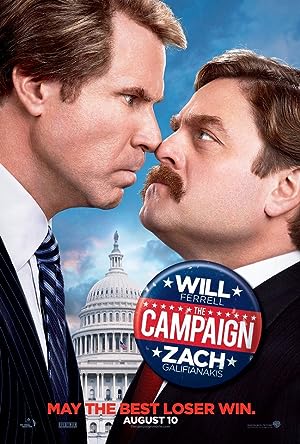 How to Watch The Campaign 2012 Online in Australia

What is The Campaign about?

When Cam Brady (D-NC), a four-term Congressman, becomes a liability, the Motch brothers (think Koch brothers) recruit Marty Huggins, the son of a Republican heavy hitter, to run against him and be their vehicle to establish factories in the district that will import cheap Chinese labor. Trouble is, Marty is a lightweight, so his makeover falls to consultant Tim Wattley. The race tightens as Cam constantly shoots himself in the foot, while the prospect of winning also changes Marty and his family's dynamics. Meanwhile, Cam plays dirty, and Marty cottons on to the Moches' grand plan. What options do the rich have to get their way?

Where to watch The Campaign

Which streaming providers can you watch The Campaign on

Here is the comprehensive list of streaming providers that will show The Campaign in Australia. If The Campaign will appear with other providers further down the line, this table will be updated.

The cast of The Campaign

The Campaign is a great Comedy movie, we’ve selected several other movie options that we think you would like to stream if you have watched The Campaign

The Campaign is a great comedy show, we’ve selected several other show options that we think you would like to stream if you have watched The Campaign