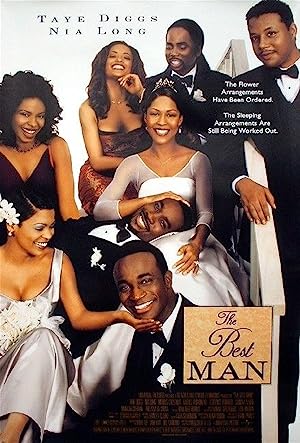 How to Watch The Best Man 1999 Online in Australia

The cast of The Best Man

What is The Best Man about?

Harper's autobiographical novel is almost out, his girlfriend Robin desires commitment, and he's best man at the wedding of Lance, a pro athlete. He goes to New York early (Robin will come for the wedding) to hang out with Lance and other friends, including Jordan, his former almost-lover, now in media and privy to an advance copy of the book. The men discuss women, never facing their own double standard; Jordan wants to try again with Harper, at least for one night; and Harper fears that Lance will read his book and learn that the bride-to-be slept with him once to avenge Lance's many affairs. Can Harper mature before Lance kills him, Jordan seduces him, and he loses Robin?

Where to watch The Best Man