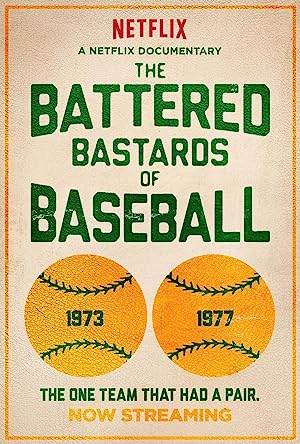 What is The Battered Bastards of Baseball about?

The Battered Bastards of Baseball is one of baseball's last great, unheralded true stories. In 1973, Hollywood veteran Bing Russell (best known for playing Deputy Clem on "Bonanza") created the only independent baseball team in America at the time, the legendary Portland Mavericks. Bing operated without a Major League affiliation while playing in a city that was considered a wasteland for professional baseball. Tryouts for the Mavericks, which were open to the public, were filled with hopefuls who arrived in droves from every state in America, many of whom had been rejected by organized baseball. Skeptics agreed it would never work. But Bing's Mavericks generated unprecedented success: they shattered attendance records, signed Kurt Russell - Bing's son - as a player and team Vice President, produced the most successful batboy in baseball (filmmaker Todd Field), re-launched the controversial career of Jim Bouton, hired the first female general manager in Baseball, and inspired one of America's beloved bubblegums - Big League Chew. The Battered Bastards of Baseball is as much about the independent spirit as it is about baseball. The Mavericks' in your face attitude was contagious to fans, and during their short reign, they - and Bing Russell - basically held up their middle finger to the sports establishment and said we're playing this game on our terms, not yours. They were the real life Bad News Bears.

Where to watch The Battered Bastards of Baseball

The cast of The Battered Bastards of Baseball

The Battered Bastards of Baseball Trailer

More Documentary movies like The Battered Bastards of Baseball

More documentary tv shows like The Battered Bastards of Baseball

Watch The Battered Bastards of Baseball