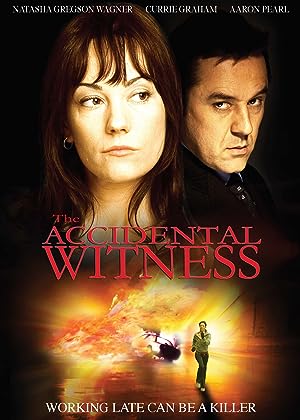 How to Watch The Accidental Witness 2006 Online in Australia

The cast of The Accidental Witness

What is The Accidental Witness about?

Victor Sandeman is a senior partner with Brunel Global Securities. He is experiencing major financial problems, ones that can be solved if the planned $100 million merger of the company takes place. However, the company's owner, Raymond Brunel, is against the merger. Thinking that he can overpower the ineffective David Brunel, Raymond's grandson and the company's heir apparent, Victor murders the elderly Raymond (trying to make it look like a death by natural causes) so that he can go ahead with the planned merger. The one glitch in the murder is a possible witness, Christine Sternwald. A paralegal and aspiring lawyer, Christine is just putting her life back together following a sexual assault three years earlier. When Victor and Christine meet shortly after the murder in a fender bender with Victor driving the deceased Raymond's car, Victor is forced to identify himself to her as Raymond Brunel. Because of this chance meeting and the possibility that she did see the murder take place, Victor decides he has to get rid of Christine. Although Christine did not directly witness the murder, her being in the wrong place at the wrong time places her and those close to her, especially her roommate Maggie Wexler and her fiancé Jeff Monroe, in danger without her or their knowledge.

Where to watch The Accidental Witness