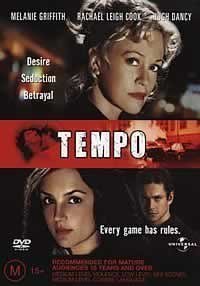 How to Watch Tempo 2003 Online in Australia

The cast of Tempo

What is Tempo about?

In France, Sarah is a courier of illegal pieces of arts and antiques, living in a borrowed apartment with Jack, a man younger and younger than she. While Sarah is traveling to Munich to bring a rare coin to the criminal Walter Shrenger, Jack meets Jenny Travile, a silly and irresponsible American girl, who works a fancy jewelery, and they have an affair. Jenny falls in love for him, and exposes the code and the secrets of the store to Jack. Meanwhile, Sarah is stolen in the train in her travel back to Paris, and has to raise US$ 80,000.00 in two days to pay for the lost. She convinces Jack to rob the jewelery with her to raise the money. However, things do not happen how planned.

Where to watch Tempo