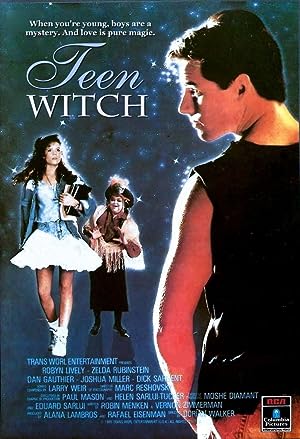 How to Watch Teen Witch 1989 Online in Australia

What is Teen Witch about?

Louise is not very popular at her high school. Then she learns that she's descended from the witches of Salem and has inherited their powers. At first she uses them to get back at the girls and teachers who teased her and to win the heart of the handsome footballer's captain. But soon she has doubts if it's right to 'cheat' her way to popularity.

Where to watch Teen Witch

Which streaming providers can you watch Teen Witch on

Here is the comprehensive list of streaming providers that will show Teen Witch in Australia. If Teen Witch will appear with other providers further down the line, this table will be updated.

The cast of Teen Witch

Teen Witch is a great Comedy movie, we’ve selected several other movie options that we think you would like to stream if you have watched Teen Witch

Teen Witch is a great comedy show, we’ve selected several other show options that we think you would like to stream if you have watched Teen Witch