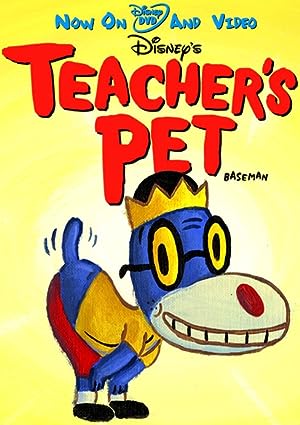 How to Watch Teacher's Pet Online in Australia

What is Teacher's Pet about?

"Teacher's Pet" is about a boy named Leonard and his talking dog Spot, who wants to go to school to learn. So, to go to school Spot disguises himself as a boy named Scott and goes into grade 4. He then becomes the teacher's pet and the most popular student at school.

Where to watch Teacher's Pet

Which streaming providers can you watch Teacher's Pet on

Here is the comprehensive list of streaming providers that will show Teacher's Pet in Australia. If Teacher's Pet will appear with other providers further down the line, this table will be updated.

The cast of Teacher's Pet

Teacher's Pet is a great Adventure movie, we’ve selected several other movie options that we think you would like to stream if you have watched Teacher's Pet

Teacher's Pet is a great adventure show, we’ve selected several other show options that we think you would like to stream if you have watched Teacher's Pet