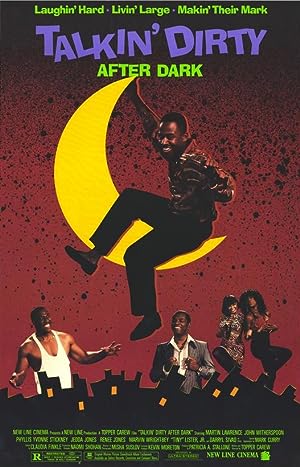 How to Watch Talkin' Dirty After Dark 1991 Online in Australia

The cast of Talkin' Dirty After Dark

What is Talkin' Dirty After Dark about?

Terry is an up and coming comedian, but believes politics will get him the big breaks and more time at the popular Dukie's Comedy Club. Just so happens that Terry is 'sleeping' with Ruby Lynn Sinclair, the wife of club owner Dukie Sinclair. What follows is a night of comedy, romance, comedy, action, comedy, and Terry achieving his initial goal: getting $67 dollars to pay his phone bill.

Where to watch Talkin' Dirty After Dark