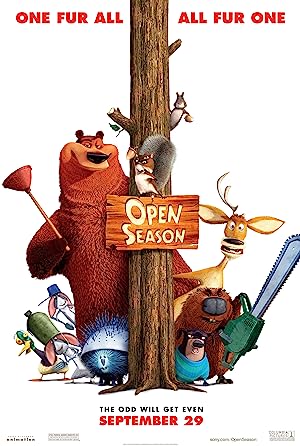 How to Watch Open Season 2006 Online in Australia

What is Open Season about?

A happily domesticated grizzly bear named Boog, has his perfect world turned upside down after he meets Elliot, a scrawny, fast-talking one-horned wild mule deer. They both end up stranded together in the woods during hunting season and it's up to the duo to rally all the other forest animals and turn the tables on the hunters.

Where to watch Open Season

Which streaming providers can you watch Open Season on

Here is the comprehensive list of streaming providers that will show Open Season in Australia. If Open Season will appear with other providers further down the line, this table will be updated.

The cast of Open Season

Open Season is a great Adventure movie, we’ve selected several other movie options that we think you would like to stream if you have watched Open Season

Open Season is a great adventure show, we’ve selected several other show options that we think you would like to stream if you have watched Open Season