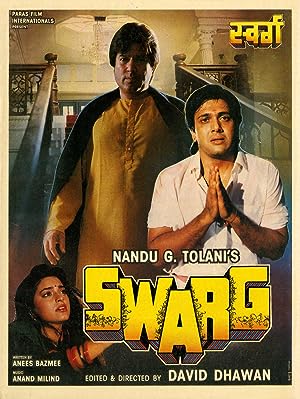 How to Watch Swarg 1990 Online in Australia

The cast of Swarg

What is Swarg about?

Living in a posh mansion named Swarg, this is the story of Sahabji, his wife sister Jyoti, two brothers, and a sister-in-law. Sahabji has a clash of wits with Dhanraj, who successfully schemes with Sahabji's two brothers, and takes over the prestigious mansion and vaste business empire, leaving Sahabji virtually penniless, and devastated with the passing away of his wife. His brothers have now taken over the money, and his business. It is now up to a servant of the mansion, Krishna to set things right for Sahabji's household. How can a poor servant succeed against rich and powerful individuals?

Where to watch Swarg