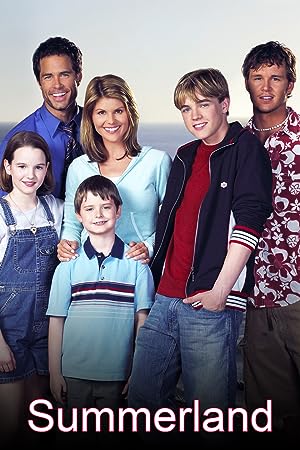 How to Watch Summerland Online in Australia

What is Summerland about?

Bradin, Nikki and Derrick are 3 kids from an average normal Kansas household. Their whole life is thrown upside-down when their parents are tragically killed in a car accident. Ava Gregory (their aunt) gets custody of her niece and nephews and they move into her Californian home (in Summerland). Ava, a struggling clothes designer, lives with her best friend and business partner, Susannah Rexford, her friend, an ex- pro.surfer, Jay Robertson and her ex-boyfriend, real estate agent, Johnny Durrant. All four of them are highly unequipped to handle children and are not use to including them in their everyday lives. The series follows each of their struggles through life. Ava is trying to get her fashion line to take off. Whilst also fighting feelings for Johnny, her childhood sweetheart. And now trying to bring up her sisters 3 children up as well as possible. Johnny is forever trying to fight his feelings for Ava, knowing he ruined that relationship long ago. Johnny is the father figure to the children. Jay owns a surf shop, and is trying to win back ex-girlfriend and teenage love, Erica Spaulding. He acts as the cool big brother type to the 3 children and he and Bradin develop a close relationship. Bradin is growing up and finding himself led astray very easily in the teenage world. He drinks, takes drugs and gets arrested, after getting involved with a 'bad-apple' Sara, who he then helps into getting her life back on track. Later he falls in love with Callie- only to get hurt again. He discovers a passion for surfing and becomes very good, whilst falling for his coach, Erica Spaulding. Nikki is at an awkward age of 13 and trying to fit in to the Californian teenage world. She is very bright and enjoys reading books and writing poetry- not the popular shopping and clothes. Early on Nikki meets a boy, Cameron Bale, and they develop a strong relationship, and ultimately, fall in love. Derrick takes to Johnny immediately and the two develop a good friendship. He,in turn, finds his "one soul mate" in a little girl called Martha. The show is basically a fun show of sun, sea and sand mixed with great storyline, emotional inputs and will leave you wanting more. Great cast, excellent chemistry, and beautiful scenery.

Where to watch Summerland

Which streaming providers can you watch Summerland on

Here is the comprehensive list of streaming providers that will show Summerland in Australia. If Summerland will appear with other providers further down the line, this table will be updated.

The cast of Summerland

Summerland is a great Drama movie, we’ve selected several other movie options that we think you would like to stream if you have watched Summerland

Summerland is a great drama show, we’ve selected several other show options that we think you would like to stream if you have watched Summerland