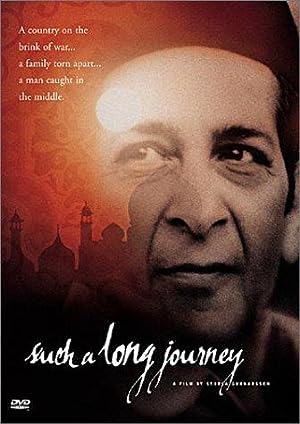 How to Watch Such a Long Journey 1998 Online in Australia

The cast of Such a Long Journey

What is Such a Long Journey about?

Circa 1971, Gustad Noble lives in a one bedroom hall rented apartment in Byculla, Bombay. He travels to work everyday by Central Railway to Victoria Terminus and walks to Flora Fountain to his place of employment, namely the Central Bank of India. He has three children, Sohrab - who has finished his college studies and is now being admitted, much to his dislike, to Indian Institute of Technology (I.I.T.); while Darius, his second son, and daughter, Roshan, are school-going; his wife, Dilnavaz, looks after the children and the household. Their neighborhood is filthy, people urinate and defecate near the wall which encloses their building. Gustad asks a pavement artist to move near his building, draw pictures of religious Gods and Goddesses depicting the four main religions: Hinduism, Islam, Christianity, and Sikhism. The Artist agrees, and soon the place is transformed into a huge temple where people of all religions come to pay their respects. It is only a handful of people who know that Gustad is involved with a rebel RAW Agent, Major Jimmy Billimoria, who is actively involved with an extremist organization in East Pakistan, Awami League, aiding them financially and with manpower to overcome the Pakistani Government. The question remains what will Gustad's plight be when the news gets out of his involvement in this activity, especially when he receives 10 lakh rupees to be deposited in small installments in his Bank, in the midst of sentiments running high, war being declared between Pakistan and India, emergency blackout conditions and air raid sirens.

Where to watch Such a Long Journey

Watch Such a Long Journey

More Drama tv shows like Such a Long Journey