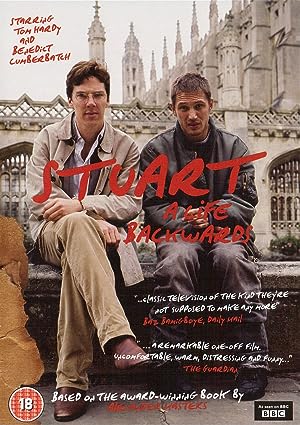 How to Watch Stuart: A Life Backwards 2007 Online in Australia

What is Stuart: A Life Backwards about?

When Stuart Shorter - a homeless alcoholic with a violent past - meets writer and charity worker Alexander Masters, they strike up an unlikely friendship. As Alexander learns more about Stuart's complicated life and traumatic childhood, he asks if he can write his story and Stuart advises him to tell the story backwards, so that it's "More exciting - like a Tom Clancy murder mystery". As their remarkable alliance develops, Stuart gradually recounts his life story in reverse, his resilient personality and dry sense of humour giving the story an almost tragi-comic edge. Through post office heists, attempts at suicide and spells inside numerous institutions, Alexander is given a glimpse into a totally alien world and begins to understand how Stuart's life spiralled so badly out of control.

Where to watch Stuart: A Life Backwards

Which streaming providers can you watch Stuart: A Life Backwards on

The cast of Stuart: A Life Backwards