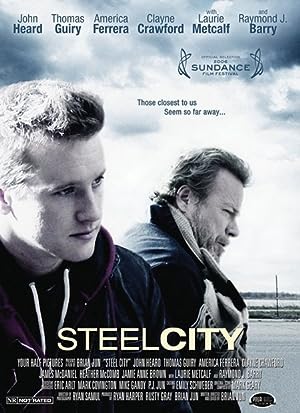 How to Watch Steel City 2006 Online in Australia

The cast of Steel City

What is Steel City about?

Steel City is a stirring family drama from the heartland of America about pride, remorse and forgiveness. When Carl Lee is involved in a fatal car accident he finds himself behind bars, cut off from his life and alienated by his family. His youngest son PJ, confused by life without his dad, is the only person to visit him. While PJ's girlfriend stays lovingly by his side and his Uncle Vic extends a helping hand, a belligerent older brother and the reality of being on his own force PJ to grow up faster than he'd like. It's not until a devastating secret is revealed that the family reunites and a regretful father learns that you can never take back the past, but you can let go of it.

Where to watch Steel City