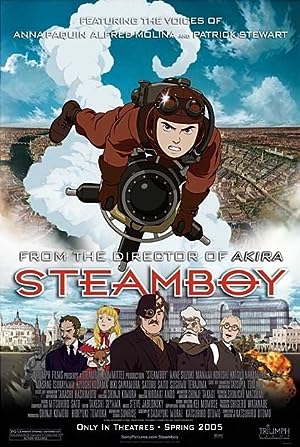 How to Watch Steamboy 2004 Online in Australia

The cast of Steamboy

What is Steamboy about?

Rei is a young inventor living in the U.K. in the middle of the 19th century. Shortly before the first ever World Expo, a marvelous invention called the "Steam Ball", behind which a menacing power is hidden, arrives at his door from his grandfather Roid in the U.S. Meanwhile the nefarious Ohara Foundation has sent men to acquire theSteam Ball so that they can use its power towards their own illicit ends.

Where to watch Steamboy