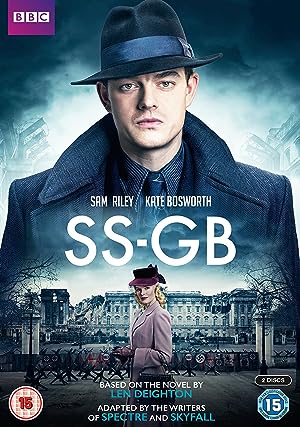 How to Watch SS-GB Online in Australia

England, 1941. Germany, having successfully invaded in 1940, is now in control of the UK. The SS now run the country but for general law and order, a famed Scotland Yard detective. Archer walks a thin line, as his job requires him to work closely with the despised SS, the vanguard of Nazi fascism. To some this makes him a traitor. An English resistance movement exists but Archer believes that resistance is futile and will only lead to further bloodshed. Then a murder case draws him into the struggle, and into a plot of international proportions.

Which streaming providers can you watch SS-GB on

Here is the comprehensive list of streaming providers that will show SS-GB in Australia. If SS-GB will appear with other providers further down the line, this table will be updated.

SS-GB is a great Action movie, we’ve selected several other movie options that we think you would like to stream if you have watched SS-GB

SS-GB is a great action show, we’ve selected several other show options that we think you would like to stream if you have watched SS-GB