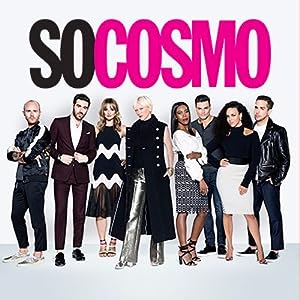 How to Watch So Cosmo Online in Australia

What is So Cosmo about?

Cosmopolitan is the biggest female media brand in the world and as a magazine, covers all the important issues in a women's lives. Based out of the Hearst Building in New York City, the magazine has a team of diverse editors who cover sex, politics, fashion, beauty, fitness, relationships, and other topics. The series follows these editors as they work hard and play hard while delivering one of the bestselling women's magazines in the world.

Where to watch So Cosmo

Which streaming providers can you watch So Cosmo on

Here is the comprehensive list of streaming providers that will show So Cosmo in Australia. If So Cosmo will appear with other providers further down the line, this table will be updated.

The cast of So Cosmo

So Cosmo is a great Drama movie, we’ve selected several other movie options that we think you would like to stream if you have watched So Cosmo

So Cosmo is a great drama show, we’ve selected several other show options that we think you would like to stream if you have watched So Cosmo