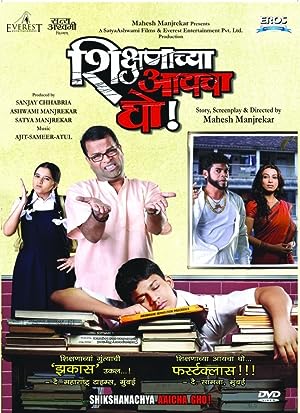 Children of India must have committed a very grievous crime in their previous life for being subjected to ten years of rigorous school imprisonment. When you see the physical, mental, psychological and peer pressures on a school going child, all the punishments ale into its significance. ShrinivasRane, who was an average student not because of lack of effort, but because he was born with average academic intelligence, but when it came to cricket he was a born Genius. His extraordinary talent was lost on his father who like millions of other parents believed that a child's intellect is only reflected in their mark sheet, which eventually will give them a very "secure future". So starts his quest to make shree the brightest and best student in the world. But Shree cant handle this pressure and it reflects on his psyche. The relation between father and son deteriorates and there comes a time when in a fit of anger the father does something which makes him repent his actions. What is it that he does? Does the father-son relationship come back to normal? Does shree ever pickup a cricket bat? The answers lie in ShikshanachaAai cha Gho.