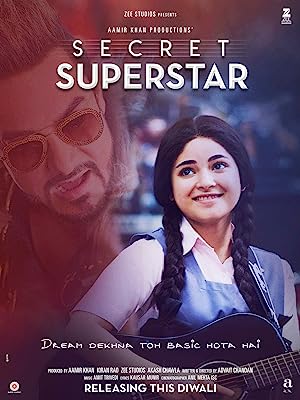 How to Watch Secret Superstar 2017 Online in Australia

What is Secret Superstar about?

A talented teenage singer-songwriter living amid domestic abuse becomes a YouTube sensation after a video in which she hides her identity goes viral.

Where to watch Secret Superstar

Which streaming providers can you watch Secret Superstar on

The cast of Secret Superstar

Secret Superstar is a great Drama movie, we’ve selected several other movie options that we think you would like to stream if you have watched Secret Superstar

Secret Superstar is a great drama show, we’ve selected several other show options that we think you would like to stream if you have watched Secret Superstar