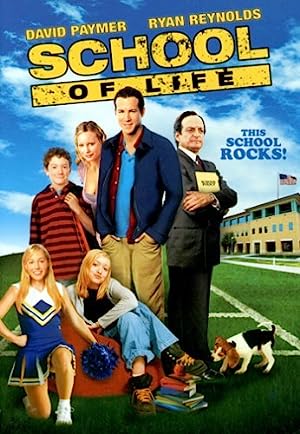 How to Watch School of Life 2005 Online in Australia

The cast of School of Life

What is School of Life about?

History teacher "Stormin'" Norman Warner is held with great reverence at Fallbrook Middle School, he voted Teacher of the Year by its student body forty-three years in a row. His son, current Biology teacher Matt Warner, does not hold that same reverence by the students, who view him as a stick in the mud. After Norman's passing, Matt, who received a few words of wisdom from his father before he died and who has always felt in his father's shadow, nonetheless feels the burden of keeping the Warner winning streak of Teacher of the Year alive. His task is made all the more difficult of the hiring of Michael D'Angelo, a Fallbrook alumnus, as its new History teacher. Quickly given the catchy moniker "Mr. D" by all at the school, Michael captures the imagination not only of the students but of all the other teachers, that is except Matt, who uses all his energies to discredit Mr. D and his methods. All Matt's efforts fall flat on his face, which places his son, Dylan Warner, a grade 8 student at the school, in a bad light, difficult for Dylan as he pursues fellow classmate and head cheerleader, Chase Witherspoon, who he already believes is out of his league. Some information he learns about Mr. D may lead Matt on the path to truly becoming the inspiration to the students he wants to be, regardless of the award.

Where to watch School of Life