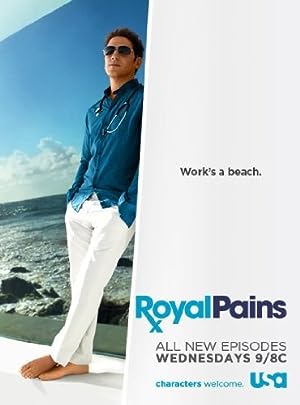 How to Watch Royal Pains Online in Australia

What is Royal Pains about?

ROYAL PAINS centers on a young E.R. doctor who, after being wrongly blamed for a patient's death, moves to the Hamptons and becomes the reluctant "doctor for hire" to the rich and famous. When the attractive administrator of the local hospital asks him to treat the town's less fortunate, he finds himself walking the line between doing well for himself and doing good for others.

Where to watch Royal Pains

Which streaming providers can you watch Royal Pains on

Here is the comprehensive list of streaming providers that will show Royal Pains in Australia. If Royal Pains will appear with other providers further down the line, this table will be updated.

The cast of Royal Pains

Royal Pains is a great Comedy movie, we’ve selected several other movie options that we think you would like to stream if you have watched Royal Pains

Royal Pains is a great comedy show, we’ve selected several other show options that we think you would like to stream if you have watched Royal Pains