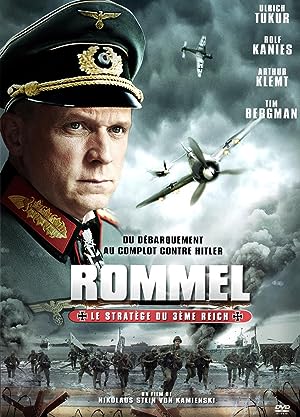 How to Watch Rommel 2012 Online in Australia

The cast of Rommel

What is Rommel about?

In November 1943 Hitler moves Rommel and his Army Group B headquarters to Normandy. The task is the defense of the French coast against the long-anticipated Allied invasion. In Normandy, Rommel notices the incomplete state of the defensive fortifications, the slow pace of constructing the Atlantic Wall, and the lack of preparedness of the defending units mostly comprised of poorly-trained conscripts. Appalled by this Rommel urges his troops to hasten the pace of the Atlantic Wall construction and he begs the German High Command to place more veteran battle-hardened divisions under his command. He especially wishes to have panzer divisions and SS divisions at his disposal for a powerful counter-attack against Allied landings. Hitler refuses to release the vital panzer divisions to Rommel's command and to make matters worse, Rommel gets wind of a possible assassination plot against Hitler.

Where to watch Rommel