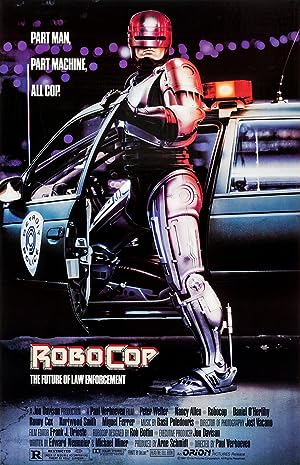 How to Watch RoboCop 1987 Online in Australia

What is RoboCop about?

Detroit - in the future - is crime-ridden and run by a massive company. The company has developed a huge crime-fighting robot, which unfortunately develops a rather dangerous glitch. The company sees a way to get back in favor with the public when policeman Alex Murphy is killed by a street gang. Murphy's body is reconstructed within a steel shell and called RoboCop. RoboCop is very successful against criminals and becomes a target of supervillian Boddicker.

Where to watch RoboCop

Which streaming providers can you watch RoboCop on

Here is the comprehensive list of streaming providers that will show RoboCop in Australia. If RoboCop will appear with other providers further down the line, this table will be updated.

The cast of RoboCop

RoboCop is a great Action movie, we’ve selected several other movie options that we think you would like to stream if you have watched RoboCop

RoboCop is a great action show, we’ve selected several other show options that we think you would like to stream if you have watched RoboCop