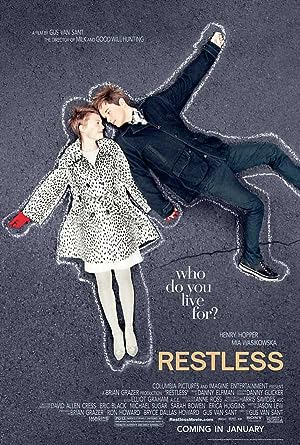 How to Watch Restless 2011 Online in Australia

The cast of Restless

What is Restless about?

Annabel is a terminally ill cancer patient and is quietly awaiting her death spending her time studying nature. Enoch is struggling to recover from the death of his parents and spends his time attending funerals with his only friend - a ghost named Hiroshi who was a WWII Japanese kamikaze pilot. Just as Annabel's sister is trying to cope with Annabel's impending death, Annabel and Enoch fall in love. They both finally have a reason to live, but is it too late to have a life together?

Where to watch Restless