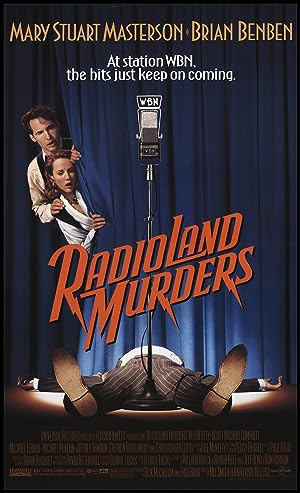 How to Watch Radioland Murders 1994 Online in Australia

The cast of Radioland Murders

What is Radioland Murders about?

In 1939, WBN, a fourth radio network, is about to take to America's airwaves. As if the confusion of the premiere night wasn't enough, Penny Henderson, the owner's secretary, must deal with an unhappy sponsor, an overbearing boss and a soon-to-be ex-husband who desperately wants her back. As the broadcast begins, a mysterious voice breaks the broadcast and suddenly members of the cast turn up dead. It's up to her husband Roger, to find out whodunit as the police chase him through the halls of WBN.

Where to watch Radioland Murders