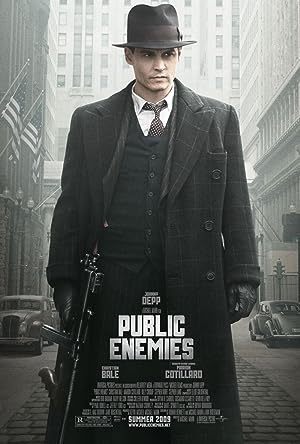 How to Watch Public Enemies 2009 Online in Australia

The cast of Public Enemies

What is Public Enemies about?

This is the story of the last few years of the notorious bank robber John Dillinger. He loved what he did and could imagine little else that would make him happier. Living openly in 1930s Chicago, he had the run of the city with little fear of reprisals from the authorities. It's there that he meets Billie Frechette with whom he falls deeply in love. In parallel we meet Melvin Purvis, the FBI agent who would eventually track Dillinger down. The FBI was is in its early days and Director J. Edgar Hoover was keen to promote the clean cut image that so dominated the organization through his lifetime. Purvis realizes that if he is going to get Dillinger, he will have to use street tactics and imports appropriate men with police training. Dillinger is eventually betrayed by an acquaintance who tells the authorities just where to find him on a given night.

Where to watch Public Enemies