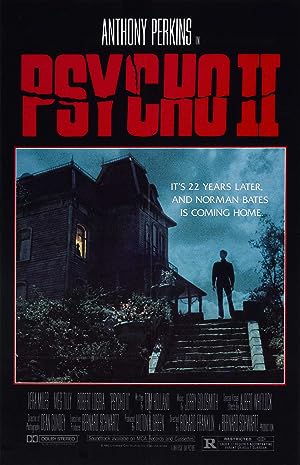 How to Watch Psycho II 1983 Online in Australia

The cast of Psycho II

What is Psycho II about?

Now declared legally sane, Norman Bates is released from a mental institution after spending 22 years in confinement over the protests of Marion Crane's sister Lila Loomis, who insists that he's still a killer and that the court's indifference to his victims by releasing him is a gross miscarriage of justice. Norman returns to his motel and the old Victorian mansion where his troubles started, and history predictably begins to repeat itself.

Where to watch Psycho II