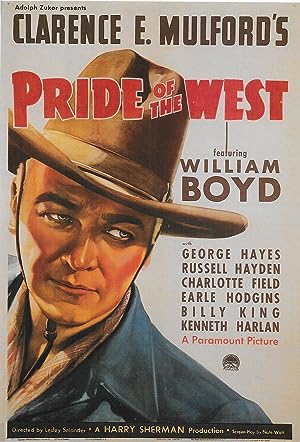 How to Watch Pride of the West 1938 Online in Australia

The cast of Pride of the West

What is Pride of the West about?

Caldwell and Nixon have their men rob the stage and then critcize the Sheriff for not catching the robbers. With her father the Sheriff under pressure, Mary sends for Hoppy who finds the stolen money and sets a trap to bring in the entire gang.

Where to watch Pride of the West

Watch Pride of the West

More Western tv shows like Pride of the West