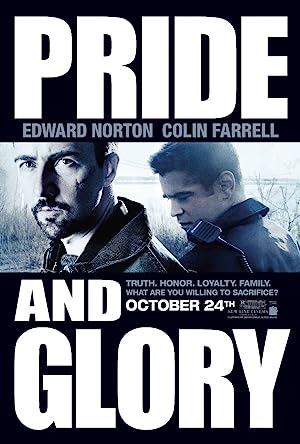 How to Watch Pride and Glory 2008 Online in Australia

The cast of Pride and Glory

What is Pride and Glory about?

A family of police officers - patriarch, two sons, and a son-in-law - deals with corruption in a precinct in Washington Heights. Four officers die in an ambush at a drug dealer's apartment. It's brother Francis's precinct, so when the investigation led by brother Ray finds hints of police corruption, there's pressure to close ranks and save Frankie's career. Dad, a police brass, promises Ray that he and Frankie can clean things up, and Ray should focus on catching the drug dealer who killed the cops. Meanwhile, brother-in-law Jimmy, a hothead and an enforcer, is visited at home by a lowlife. Is Jimmy involved in the corruption? Where can this take the family?

Where to watch Pride and Glory