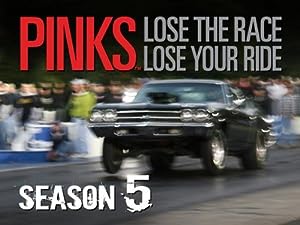 How to Watch Pinks Online in Australia

What is Pinks about?

Pinks - Lose the race, Lose your ride! Using the setting of a classic 1950s drag race, PINKS pits contestants in a best two-out-of-three format, with the loser handing over the title (pink slip) to his or her vehicle. The rules are simple: two vehicles show up and drivers negotiate any head-start distance (vehicle lengths); vehicles line up, the flagman drops the flag and the first one down the quarter mile wins. After each round, the drivers have the opportunity to re-negotiate lengths.

Where to watch Pinks

Which streaming providers can you watch Pinks on

Here is the comprehensive list of streaming providers that will show Pinks in Australia. If Pinks will appear with other providers further down the line, this table will be updated.

The cast of Pinks

Pinks is a great Documentary movie, we’ve selected several other movie options that we think you would like to stream if you have watched Pinks

Pinks is a great documentary show, we’ve selected several other show options that we think you would like to stream if you have watched Pinks