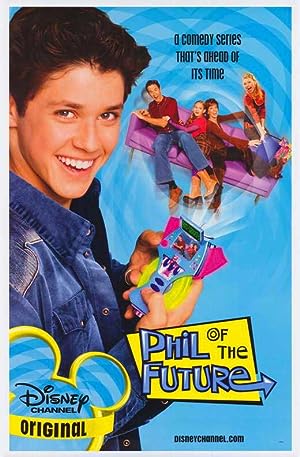 How to Watch Phil of the Future Online in Australia

What is Phil of the Future about?

Phil Diffy is the oldest child in a normal family. His sister, Pim is an often devious girl with an unusual vocal talent, his mother has a robotic body, and his father spends all of his time working on their broken time machine. Okay, so Phil would be normal he were in his own time. Until then, the Diffys are stuck in the early 21st Century (what they consider the past) and trying to fit in. Only one person knows their secret, Phil's new best friend bubbly and popular Keely Teslow. But with this new life and the misadventures that come with it become the norm, when the time comes will Phil want to return to the future?

Where to watch Phil of the Future

Which streaming providers can you watch Phil of the Future on

The cast of Phil of the Future

More adventure tv shows like Phil of the Future

Watch Phil of the Future