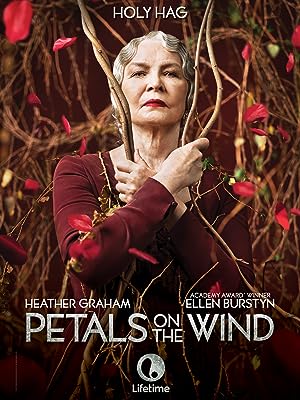 How to Watch Petals on the Wind 2014 Online in Australia

What is Petals on the Wind about?

A decade after Cathy, Christopher, and Carrie escaped from their grandparents' attic at Foxworth Hall, Petals on the Wind continues to follow the twisted plight of the family as they attempt to put their sordid past behind them, but soon discover certain secrets can't be left behind. When Cathy finds herself in an abusive relationship with a fellow dancer, Julian, Christopher and Cathy are forced to face the forbidden feelings they developed for one another while coming of age during captivity. But when tragedy strikes the Dollangangers once again, Cathy returns to Foxworth Hall to confront her grandmother and seek revenge on her mother with a plan to seduce her husband Bart. When Christopher runs to Cathy's side, the two are determined to start over again - together.

Where to watch Petals on the Wind

Which streaming providers can you watch Petals on the Wind on

The cast of Petals on the Wind

More drama tv shows like Petals on the Wind

Watch Petals on the Wind