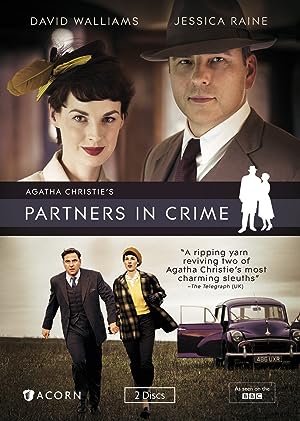 How to Watch Partners in Crime Online in Australia

What is Partners in Crime about?

Set in the leafy suburbs of 1950s London, the Beresfords find themselves in need of some adventure in their lives. With Tommy undertaking a variety of business opportunities, and Tuppence trying to dissuade him, the couple find themselves in the wrong place at the right time to solve a mystery - or two - and perhaps save someone's life. They are about to enter a world of espionage and skulduggery guided by Tommy's mysterious Uncle, Major Carter. It is a world which will prove easier to enter than to leave.

Where to watch Partners in Crime

Which streaming providers can you watch Partners in Crime on

The cast of Partners in Crime