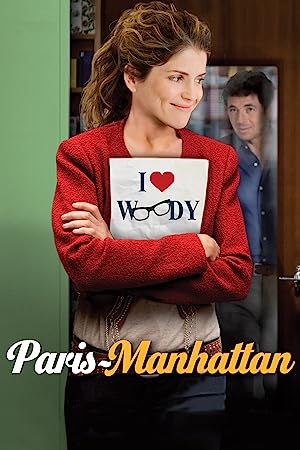 How to Watch Paris-Manhattan 2012 Online in Australia

In Paris, the pharmacist Alice has been an obsessed Woody Allen fan since she was fifteen and has seen all his movies and talks to him alone in her room. When she meets Pierre in a night-club, she finds that he loves jazz and she believes he is her prince charming. But when Pierre sees Alice's sister Hélène, they immediately fall in love with each other and marry each other. Years later, Alice is a spinster that administrates the pharmacy that belonged to her father and believes that movies can heal many diseases. However her father insistently tries to find a husband for her. When the alarm technician Victor meets Alice, she does not see any future relationship with him. But one day, Victor brings Alice to meet Woody Allen in Paris and the director gives an advice to Alice.