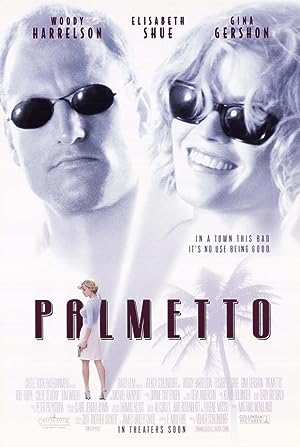 How to Watch Palmetto 1998 Online in Australia

What is Palmetto about?

After being released from prison on a bum charge, Harry Barber is out for some payback to regain the two years he has lost. He is hired by Mrs. Malroux to fake the kidnapping of her stepdaughter (the daughter of a dying millionaire). He discovers that he is being set up on multiple levels and will soon face a longer prison sentence if he does not prove the truth to the police.

Where to watch Palmetto

Which streaming providers can you watch Palmetto on

Here is the comprehensive list of streaming providers that will show Palmetto in Australia. If Palmetto will appear with other providers further down the line, this table will be updated.

The cast of Palmetto

Palmetto is a great Crime movie, we’ve selected several other movie options that we think you would like to stream if you have watched Palmetto

Palmetto is a great crime show, we’ve selected several other show options that we think you would like to stream if you have watched Palmetto