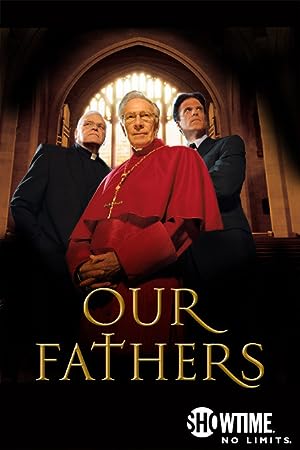 How to Watch Our Fathers 2005 Online in Australia

What is Our Fathers about?

In the 1970s and 1980s a scandal was brewing in the Boston diocese of the Roman Catholic Church. Pedophile priests, especially Father John Geoghan, were sexually molesting young boys. Although the Cardinal at the time, Bernard Law, was made aware of the evil acts committed by Geoghan & other priests, he sided with the priests and quietly moved them from one church to the next, and kept the matter a secret from the authorities. Years later, the victims start to come forward, and a lawyer sues Cardinal Law & the diocese for hiding the crimes from the authorities. Cardinal Law arrogantly defends his behavior, and refuses to resign. Meanwhile, Father Geoghan is found guilty and sentenced to 10 years behind bars. Will the Cardinal resign now...or continue to try to hold onto his position?

Where to watch Our Fathers

Which streaming providers can you watch Our Fathers on

Here is the comprehensive list of streaming providers that will show Our Fathers in Australia. If Our Fathers will appear with other providers further down the line, this table will be updated.

The cast of Our Fathers