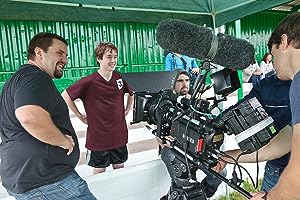 How to Watch On a Knife Edge 2010 Online in Australia

What is On a Knife Edge about?

Laura, a university student, witnesses the stabbing of her teenage brother. Jake lies unconscious on a hospital bed; Laura and her devastated family are waiting to learn if he will ever wake up.

Where to watch On a Knife Edge

Which streaming providers can you watch On a Knife Edge on

The cast of On a Knife Edge

On a Knife Edge is a great Drama movie, we’ve selected several other movie options that we think you would like to stream if you have watched On a Knife Edge

More drama tv shows like On a Knife Edge

On a Knife Edge is a great drama show, we’ve selected several other show options that we think you would like to stream if you have watched On a Knife Edge

Watch On a Knife Edge